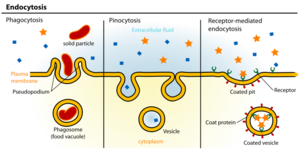 1. A. The kidneys are paired retroperitoneal structures that are normally located between the transverse processes of T12-L3 vertebrae, with the left kidney typically somewhat more superior in position than the right. The upper poles are normally oriented more medially and posteriorly than the lower poles. The medial border is concave in the center and convex toward either extremity; it is directed forward (anteriorly) and a little downward (inferiorly).

4. A. The cremasteric artery (external spermatic artery) is a branch of the Inferior epigastric artery.

5. E. Transitional epithelium (also known as urothelium) is a type of tissue consisting of multiple layers of epithelial cells which can contract and expand. These cells, part of the epithelium, are found in the urinary bladder, in the ureters, and in the superior urethra and gland ducts of the prostate.

6. B. The cortex consists of convoluted tubules together with the renal corpuscles. The medulla consists of loops of Henle and collecting ducts, and these appear like straight tubules under the microscope.

7. E. Aquaporin 2 is found in the apical cell membranes of the kidney's collecting duct principal cells and in intracellular vesicles located throughout the cell. It is the only aquaporin regulated by vasopressin (ADH). The basic job of aquaporin 2 is to reabsorb water from the urine while its being removed from the blood by the kidney.

8. C. Specialized transmembrane proteins recognize the substance and allow it access through the membrane against the gradient.

10. B. Angiotensinogen is a serum α2-globulin secreted in the liver which, on hydrolysis by renin, gives rise to angiotensin. Angiotensinogen is cleaved in the circulation to form the biologically inactive angiotensin I by renin, a proteolytic enzyme. A-I is in turn cleaved to form active A-II by ACE, which causes contraction of vascular smooth muscle and thus raises blood pressure and stimulates aldosterone release from the adrenal glands; A-II is then broken down to A-III by angiotensinases.

11. D. Angiotensin II increases blood pressure by stimulating the Gq protein in vascular smooth muscle cells (which in turn activates an IP3-dependent mechanism leading to a rise in intracellular calcium levels and ultimately causing contraction). Angiotensin-II does not directly act as a vasoconstrictor.

13. B. Parts of the nephron and what happens there:

16. D. Glucose appears in urine when the blood glucose level exceeds about 180 mg/dl.

17. E. The steps involved in micturition:

The (voluntary) micturition center is located in the frontal lobe and its function is to send tonically inhibitory signals to the detrusor muscle to prevent it from contracting and emptying the bladder until a socially acceptable time and place to urinate is available. The PMC (pontine micturition center) in the pons is the relay center between the brain and the bladder.

18. D. The maximum possible osmolarity of the tubular fluid is 1200 mOsm/L.

22. B. Metabolic acidosis occurs when blood pH is low (less than 7.35) due to increased production of hydrogen ions by the body or the inability of the body to form bicarbonate (HCO3-) in the kidney. Metabolic alkalosis is a condition in which the pH of tissue is elevated beyond the normal range ( 7.35-7.45 ). This is the result of decreased hydrogen ion concentration, leading to increased bicarbonate.