"amphoric breath sound: an abnormal, resonant, hollow, blowing sound heard with a stethoscope over the thorax. It indicates a cavity opening into a bronchus or a pneumothorax." - Mosby's Medical Dictionary, 9th edition. © 2009, Elsevier.

"The apical lordotic can be performed in the first instance if the suspected or known pathology is associated with the lung apices- eg tuberculosis." - WikiRadiography.

"A posterior-anterior (PA) chest X-ray is the standard view used; other views (lateral or lordotic) or CT scans may be necessary." - Wikipedia: Tuberculosis radiology

The five elements of DOTS:

All answers in the test-paper are incorrect.

"Millennium Development Goal: to have halted by 2015 and begun to reverse the incidence of TB." - WHO

"Current projections suggest that the Stop TB Partnership target of halving 1990 death rates by 2015 can be achieved at the global level and in several regions." - MDG Report of 2012, WHO

"M. tuberculosis can survive in sputum on carpet (19 days) and wood (over 88 days), moist and dry soil (4 weeks), and in the environment for more than 74 days if protected from light (possibly longer if in feces)." - PHAC.

"It was found that 28 percent of the tuberculosis bacteria remains alive in a room after nine hours. Tuberculosis can live up to 45 days on clothing, 70 days in carpet, 90 to 120 days in dust, approximately 105 days on a paper book, and approximately six to eight months in sputum. " - eHow.

"Once coughed out by a person with TB, they can survive up to six months outside the body if they are protected from direct sunlight." - TBOnline

"showed a half life for M. tuberculosis of about 6 hours." - GHD.

"Ghon's complex is a lesion seen in the lung that is caused by tuberculosis. The lesions consist of a calcified focus of infection and an associated lymph node. These lesions are particularly common in children and can retain viable bacteria, so are sources of long-term infection and may be involved in reactivation of the disease in later life. As sensitization develops, a 1- to 1.5-cm area of gray-white inflammation with consolidation emerges, known as the Ghon focus. In most cases, the center of this focus undergoes caseous necrosis. Tubercle bacilli, either free or within phagocytes, drain to the regional nodes, which also often caseate. This combination of parenchymal lung lesion and nodal involvement is referred to as the Ghon complex." - Wikipedia

"A Ghon focus is a primary lesion usually subpleural, often in the mid to lower zones, caused by mycobacterium bacilli (tuberculosis) developed in the lung of a nonimmune host (usually a child)." - Wikipedia

"Generally, the right middle and lower lung lobes are the most common sites of infiltrate formation due to the larger caliber and more vertical orientation of the right mainstem bronchus. " - Wikipedia

"The usual site for an aspiration pneumonia is the apical and posterior segments of the lower lobe of the right lung." - Patient.info.

Bronchiectasis is the buildup of mucus in the airway and shortness of breath is usually expected as one of the complaints. This scenario doesn't mention shortness of breath. However, chronic productive cough is mentioned that hints towards mucus buildup in the airway. The mucus buildup is a good place for bacterial infections to take root. Prolonged cough or an infection can cause bloody cough.

"Most people who are exposed to TB bacteria do not develop TB disease. Sometimes, your immune system can kill the TB germs, but when this does not happen, the bacteria can remain alive but inactive in your body. This is called latent TB infection (also known as LTBI)" - HealthyCanadians.

"In some people, BCG may cause a positive skin test when they are not infected with TB bacteria." - CDC.

"The TST is an intradermal injection." - CDC.

B. The TST > 10mm,no symptoms, and normal xrays means latent TB infection. The answers are confusing because a "contact child" can mean somebody who came in contact but then did not get infected (not even latent) and "No TB disease" can mean latent TB infection depending on what is considered a "disease". Also since there is no sign of active infection, the child is otherwise healthy. So the answer can be either B, C, or D.

"BCG, or bacille Calmette-Guerin, is a vaccine for tuberculosis (TB) disease." - CDC

D. Because anti-TB drugs are known most commonly for causing hepatotoxicity.

All answers incorrect. - WHO.

"Pulmonary emphysema is defined as the abnormal permanent enlargement of the airspaces distal to the terminal bronchioles accompanied by destruction of the alveolar wall and without obvious fibrosis. Emphysema is one of the entities grouped together as chronic obstructive pulmonary disease. Patients typically report dyspnoea without significant sputum production. Signs include hyper-resonant to percussion." - Radiopaedia.

"Bronchial hyperresponsiveness is currently defined as an increase in sensitivity to a wide variety of airway narrowing stimuli. Most patients with asthma and chronic obstructive pulmonary disease (COPD) exhibit such an enhanced sensitivity. In asthma, in particular, this hypersensitivity is accompanied by excessive degrees of airway narrowing." - PubMed

"Bronchoconstriction: The condition has a number of causes, the most common being emphysema as well as asthma." Wikipedia

"Auscultation of the chest reveals moderate wheezing, which is often end expiratory. Rapid forced expiration may elicit wheezing that is otherwise inaudible" - Medscape.

"Asthma is characterized by functional and structural alterations of the bronchial epithelium, chronic airway inflammation and remodeling of the normal bronchial architecture. Bronchial myofibroblasts are thought to play a crucial role in the pathogenesis of subepithelial fibrosis, a prominent aspect of the remodeling process. The results of the studies reviewed in this report indicate that circulating fibrocytes contribute to the bronchial myofibroblast population and may be responsible for the excessive collagen deposition below the epithelial basement membrane in asthma." - NCBI.

TLC
Total lung capacity: the inspiratory capacity plus the functional residual capacity; the volume of air contained in the lungs at the end of a maximal inspiration; also equals vital capacity plus residual volume.
FVC
Forced vital capacity: the determination of the vital capacity from a maximally forced expiratory effort.
Anatomical dead space
portion of the airways (such as the mouth and trachea to the bronchioles) which conducts gas to the alveoli. No gas exchange is possible in these spaces.
Alveolar dead space
sum of the volumes of those alveoli which have little or no blood flowing through their adjacent pulmonary capillaries, i.e., alveoli that are ventilated but not perfused, and where, as a result, no gas exchange can occur.
Physiologic dead space
the sum of the anatomic and alveolar dead spaces.

The answer can be either B or D as they're both suited to infants and young children, however nebulizers take much longer (up to an hour) to deliver the medication by pMDI+spacer+facemask will only take seconds. They're both similarly efficacious.

"Nebulizers are particularly effective in delivering asthma medications to infants and small children and to anyone who has difficulty using an asthma inhaler." - AsthaAllergyClinic.in.

"Younger children may need to use a spacer with a mask, because they may not follow instructions to seal their lips together when using a mouthpiece." - AboutKidsHealth.ca 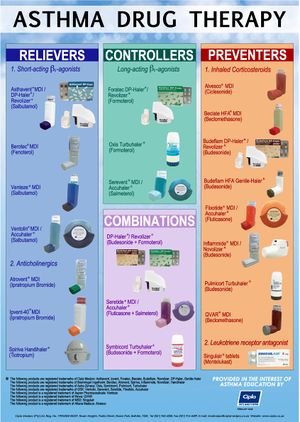 D. Theophylline does but it isn't the recommended agent for asthma control. Salbutamol isn't a controller, but rather a reliever.

"Though traditionally classified as a bronchodilator, the ability of theophylline to control chronic asthma appears disproportionately greater than is explainable by its modest degree of bronchodilator activity alone" - UpToDate

"Theophylline is an alternative, but not preferred, therapy for persistent asthma." - GetAsthmaHelp

"While relievers help you treat the symptoms of asthma, controller medications help to treat the underlying inflammation of the airways in a person with asthma. By controlling the inflammation, asthma symptoms will diminish and attacks prevented. Remember, controllers do not immediately relieve wheezing, coughing or chest tightness, and should not be used to treat a severe asthma attack." - Asthma.ca

"Beta2-agonists are considered first-line therapy for the treatment of stable chronic obstructive pulmonary disease (COPD) with symptoms that come and go (intermittent symptoms). They are used for both short- and long-term relief of symptoms. Beta2-agonists also may be used before exercise to reduce breathing difficulties. Arformoterol, formoterol, or salmeterol may be taken to prevent shortness of breath or coughing that may keep you from exercising." - WebMD

"Long-acting beta-agonists (LABAs): Salmeterol and formoterol are bronchodilators that have a duration of bronchodilation of at least 12 hours after a single dose. In the opinion of the Expert Panel, the use of LABA for the treatment of acute symptoms or exacerbations is not currently recommended." - GetAsthmaHelp.

"Salbutamol (aka albuterol) is a short-acting beta2-agonist" - WebMD

All answers are wrong, so just answer with A.

"Right-sided heart failure is often caused by pulmonary heart disease (cor pulmonale). Cor pulmonale is the enlargement and failure of the right ventricle of the heart as a response to increased vascular resistance (such as from pulmonic stenosis) or high blood pressure in the lungs." - Wikipedia. 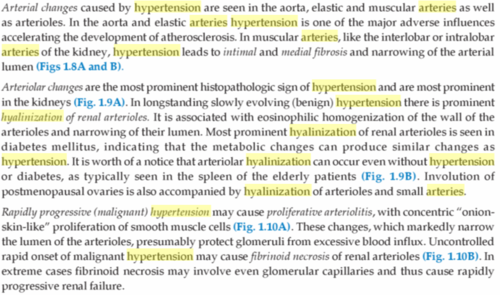 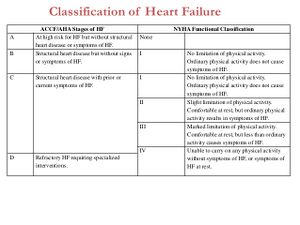 "Causes of Kerley B lines include; pulmonary edema, lymphangitis carcinomatosa and malignant lymphoma, viral and mycoplasmal pneumonia, interstitial pulmonary fibrosis, pneumoconiosis, sarcoidosis. They can be an evanescent sign on the CXR of a patient in and out of heart failure." - Wikipedia: Kerley Lines. 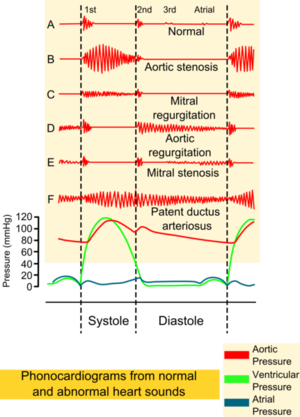 "Aortic insufficiency (AI), also known as aortic regurgitation (AR), is the leaking of the aortic valve of the heart that causes blood to flow in the reverse direction during ventricular diastole, from the aorta into the left ventricle. There may also be an Austin Flint murmur, a soft mid-diastolic rumble heard at the apical area. It appears when regurgitant jet from the severe aortic insufficiency renders partial closure of the anterior mitral leaflet." - Wikipedia

"Classically, it is described as being the result of mitral valve leaftlet displacement and turbulent mixing of antegrade mitral flow and retrograde aortic flow" - Wikipedia: Austin Flint murmur

Prazosin: "When these two medicines are taken together, the amount of potassium in your blood may decrease. This may cause the effects of your digitalis glycoside medicine to increase." - WebMD 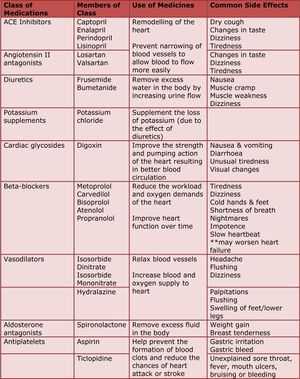 "Lisinopril is a drug of the angiotensin-converting enzyme (ACE) inhibitor class used primarily in treatment of high blood pressure, heart failure, and after heart attacks. " - Wikipedia

"Digoxin is occasionally used in the treatment of various heart conditions, namely atrial fibrillation, atrial flutter and sometimes heart failure that cannot be controlled by other medication." - Wikipedia 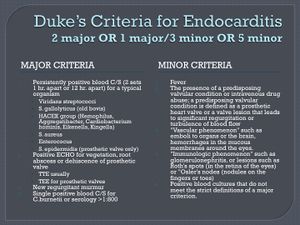 "The Trendelenburg Test or Brodie-Trendelenburg test is a test which can be carried out as part of a physical examination to determine the competency of the valves in the superficial and deep veins of the legs in patients with varicose veins." - Wikipedia

"If you are being treated for high blood pressure, the usual target is to reduce blood pressure in someone who has had an MI to below 130/80 mm Hg." - Patient.info 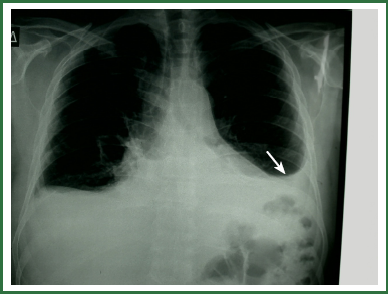 Tachycardia/tachyarrhythmia that is NOT of a supraventricular origin: (E) Ventricular flutter.

In contrast, ventricular tachycardia (VT): rapid heart rhythm that starts within the ventricles (considering ventricles are main pumping chambers, this is more dangerous).