Clinical Oriented Anatomy of the Brain 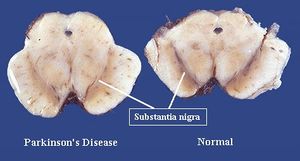 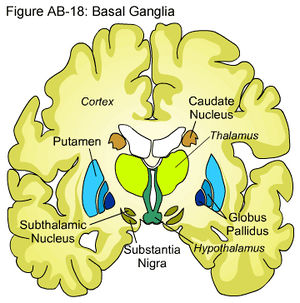 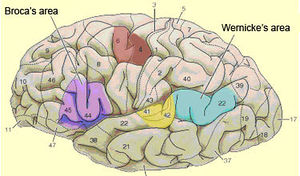 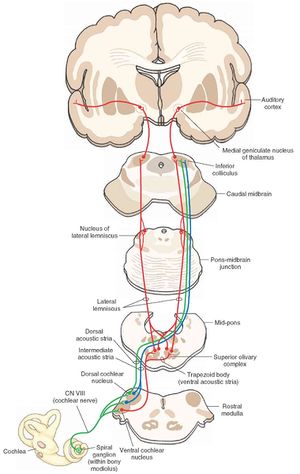 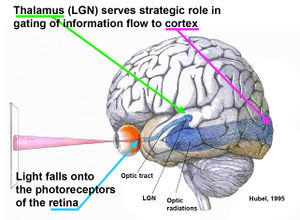 Role of thalamus in visual pathway 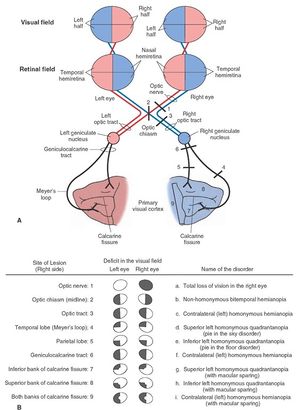 The idea is to squirt either cold or warm water into the ear of a patient and see what happens to their eyes. They will either quickly look left or quickly look right, depending on whether the water is cold or warm.

COWS: Cold water, Opposite side. Warm water, Same side.

Absence of movement can suggest vestibular weakness or nerve damage in the brain steam (poor prognosis).

The head remains stationary and the eyes track an object. For example, if a hot girl walks into the lecture room, some students may track her walking in with their eyes without moving their heads.

The head is moving and the eyes compensate by moving in the opposite direction. (Remember, vestibular system is used for balance using the movement of the head).